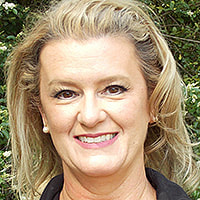 Leigh (Ann) Tincher-McGuffey, Owner/Director, began her dance training at the age of 5 in her hometown of Charleston, WV. Over the years she was fortunate enough to study with Al Gilbert, Debbie Allen, Gus Giordano, Joe Tremaine, Darryl Retter and Janice Barringer, to name a few.

It was her exposure to great teachers which inspired her to want to share her love of dance. Miss Leigh began her teaching career after graduating from Marshall University where she double majored in Radio/TV Broadcasting and Theatre/Dance. After moving to the Atlanta area, she worked as a TV news anchor while also dancing and working with The Griffin Ballet Theatre.

Miss Leigh saw a need in her new home of Newnan for a choice in dance education. Miss Leigh opened Star Dance Studio in 1999, hosting an end of the year spring performance with just 30 students and 10 routines. In 2002, she left the news business for good to run the studio full time. Miss Leigh is now a member of Dance Educators of America having passed her exams with near perfect scores, and the Professional Dance Teachers Association.

Most recently, Miss Leigh performed as a dancer with Coweta's Dancing Stars. She and partner Brad Binion won 1st place in both the Judge's Choice and People's Choice categories. The annual event raises money for The Community Welcome House, a local charity that benefits women and children survivors of domestic violence in our area. 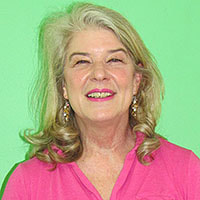 Angie Tally-McBurnett, Instructor, started dancing at the age of four. During her teens she danced with Southern Ballet of Atlanta and was an assistant for her hometown teacher, Jean Morris.

She danced with numerous stars in Theater of the Stars' Summer Stock Productions at the Fox Theatre. She performed in many cabarets including The Manhattan Yellow Pages, one of the first in Atlanta. She played a police officer in the television series Savannah and choreographed Diana, A Gift of Music. Miss Angie has also danced in various Vegas type shows here in the United States and Mexico as well as abroad in Japan, Italy, England and Bermuda. She was extremely fortunate to be mentored by Doris Russell, an original Radio City Music Hall Rockette.

Miss Angie has been teaching children and adults since 1986. She has been with Star Dance Studio since the studio's second season. 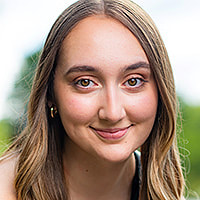 Deanna Saunders, Instructor, began her dance training at Star Dance Studio when she was six years old. She danced at SDS for fourteen years, with eleven of those being an active member of the Performance Company. Throughout her career, she has received many honors and learned so much from her teachers and fellow dancers. In 2016, she attended the Broadway-Bound Dancer Workshop at the Ann Lacy School of American Dance and Entertainment at Oklahoma City University. In 2017, she was chosen to participate in the DTI National’s program as a Youth Dance Ambassador, Call Back Challenge Finalist, and Star Title Performer. In 2018, she traveled with Platinum National Dance Competition as an Apprentice for their Platinum Dance Experience. Also in 2018, she auditioned and was accepted as a dance major at Kennesaw State University, she recently graduated from in 2022 with a Bachelor of Arts degree in Dance. She has been a member of the KSU Dance Company for six semesters and has performed in the "2019 KSU Senior Showcase," "Slang," the 2020 KSU President’s show "Moondust," "Threshold," "Double Exposure," and "Forces of Grace". In 2020, she was overjoyed to be awarded the KSU Jo Ann Durham Modern Dance Scholarship. Deanna has enjoyed the opportunities to grow artistically by choreographing group routines, solos and duets for the Performance Company the last three years. She is excited to return to the studio as an instructor, while also pursuing her journey in becoming a physical therapist specializing in dance related injuries. 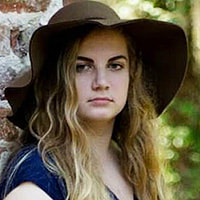 Jesse Branch, Instructor, was born and raised in Savannah, Georgia, and has been dancing for over 20 years and teaching for over a decade. At age four, she began lessons in ballet and tap and by age seven she was dancing competitively in ballet, tap, jazz, hip hop and lyrical dance styles. When she turned eleven, she added musical theater, pointe, and contemporary to her repertoire.

In 2011, Jesse began teaching ballet, tap and jazz classes where she started developing her teaching and choreography skills. In 2016, after finishing her thirteen year career in competitive dancing, Mrs. Branch auditioned for and was accepted into the Joffrey Ballet School’s Tap Spectacular Miami Summer Intensive as well as their New York City Musical Theater Program. After moving to Augusta, Georgia, Jesse became an active member in the Augusta Players- one of the largest community theater companies in Georgia exclusively committed to producing Broadway style musicals- for the 2018-2019 season, and performed in every Main Stage production that season. Her greatest accomplishment has been teaching in the studio, where she is afforded the opportunity to inspire others the great passion and love for dance that she herself has carried with her all her life. Britani Mattingly, Instructor, has been dancing with Star Dance Studio since she was three years old and competed with the Performance Company for 10 years. She has been very successful, most recently during her Senior 2021-2022 season placing multiple overall placements with her solos and securing top scores along with her teammates in group dances. She is a recent 2022 Newnan High School graduate, having completed her high school career with High Honors. She was very involved in the History Club, NHS Ambassadors, and the Vet-Connect Program. Britani began teaching classes just this past season and has returned to continue with instruction in Hip Hop. 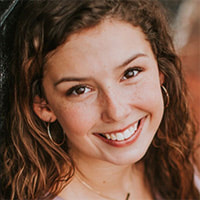 Emma McGuffey, Choreographer, began her dancing career at age three at Star Dance Studio where she has been a member and a captain of the Performance Company. Emma has attended many international dance competitions and conventions where she has received numerous scholarships and special awards. Emma started as a teaching assistant at 13 and says she loves being able to teach the younger students and get to know them- they always brighten her day! Emma has been thrilled to have the opportunity to choreograph a group tap number as well as lyrical and contemporary solos for the Performance Company in recent years. Emma is attending Valdosta State University where she is pursuing a degree in dance. She hopes to be able to continue choreography more for the studio in the future. 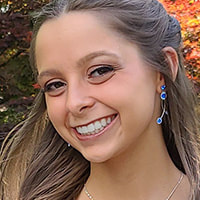 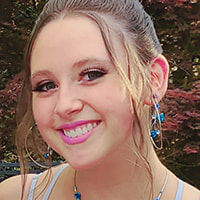 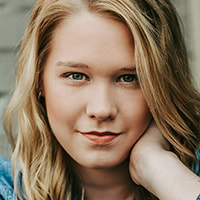